Anyone interested in documentary photography will know the name John Stanmeyer (if you don’t, all the more reason to keep reading 🙂 )

John is to documentary photography what Roger Deakins is to cinematography or Radiohead is to alternative rock: emblematic names that have been tirelessly producing work since the 80’s or earlier and keeping up with the times regardless of how fast things evolve. John is active on facebook, twitter and Instagram, constantly interacting with his audience through social media or what he calls ‘self publishing’ (I’m personally hooked to his Instagram stories). He also puts communication above all else, which means that if he has to take a photograph with a phone, so be it! 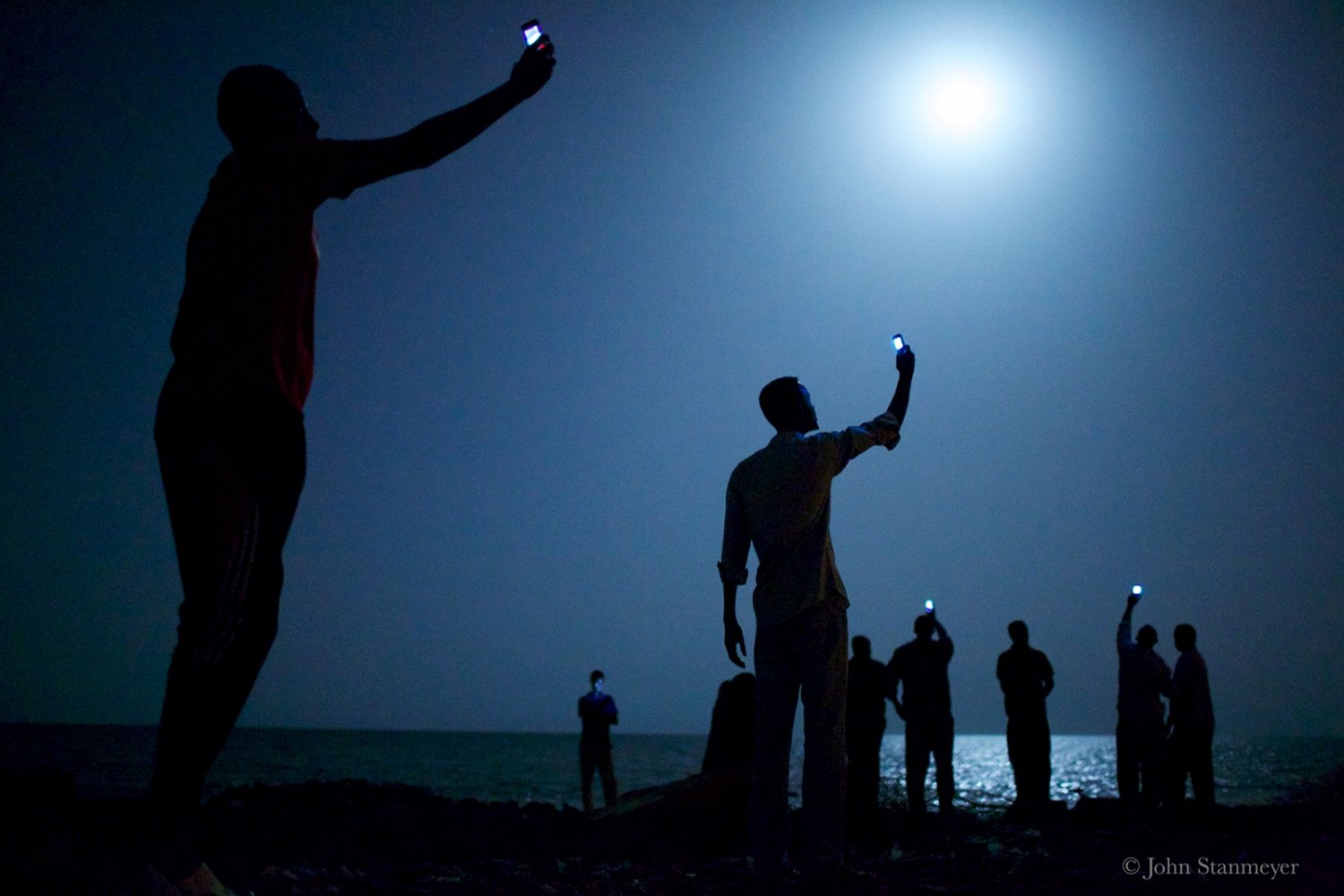 As a human that happens to be a photographer, he has dedicated his life to social, humanitarian and political issues that have defined our times and for more than 15 years, John worked nearly exclusively with National Geographic magazine, producing over 18 stories, resulting in more than 14 covers. Between 1998 and 2008, John was a contract photographer for Time magazine. His years with Time resulted in 18 covers.

In 2001, Stanmeyer co-founded with six of the world’s leading photojournalists, the prestigious VII Photo agency. Today VII represents more than 30 photographers from around the globe. Stanmeyer is an Emeritus member of VII and also is represented by Nat Geo Image Collection agency and is a member of Ripple Effects Images, a collective of artists and storytellers working on issues related to women, empowerment and equality.

He is also the recipient of numerous honours, including the prestigious Robert Capa award, POYi Magazine Photographer of the Year and the World Press Photo of the Year in 2014. 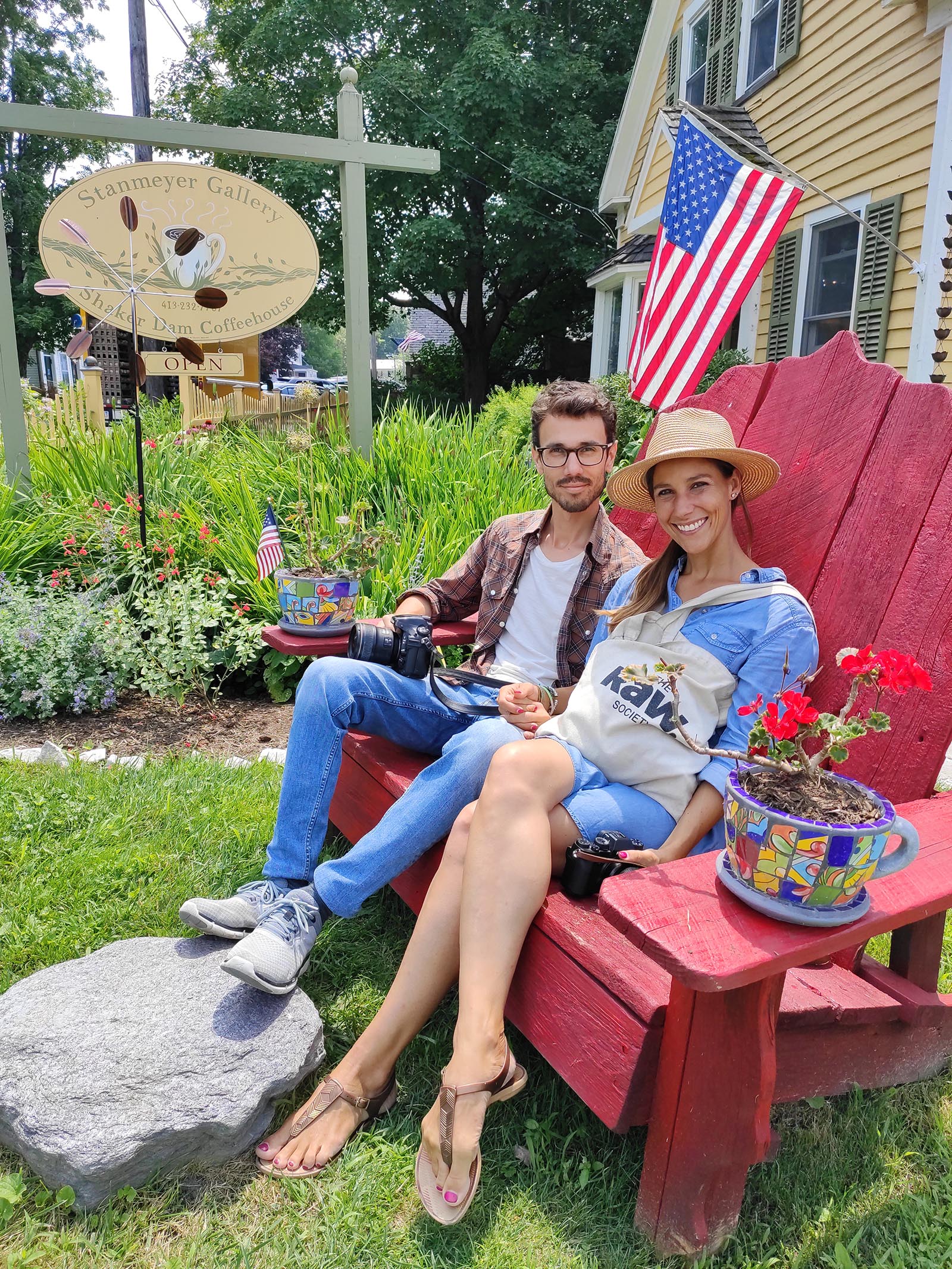 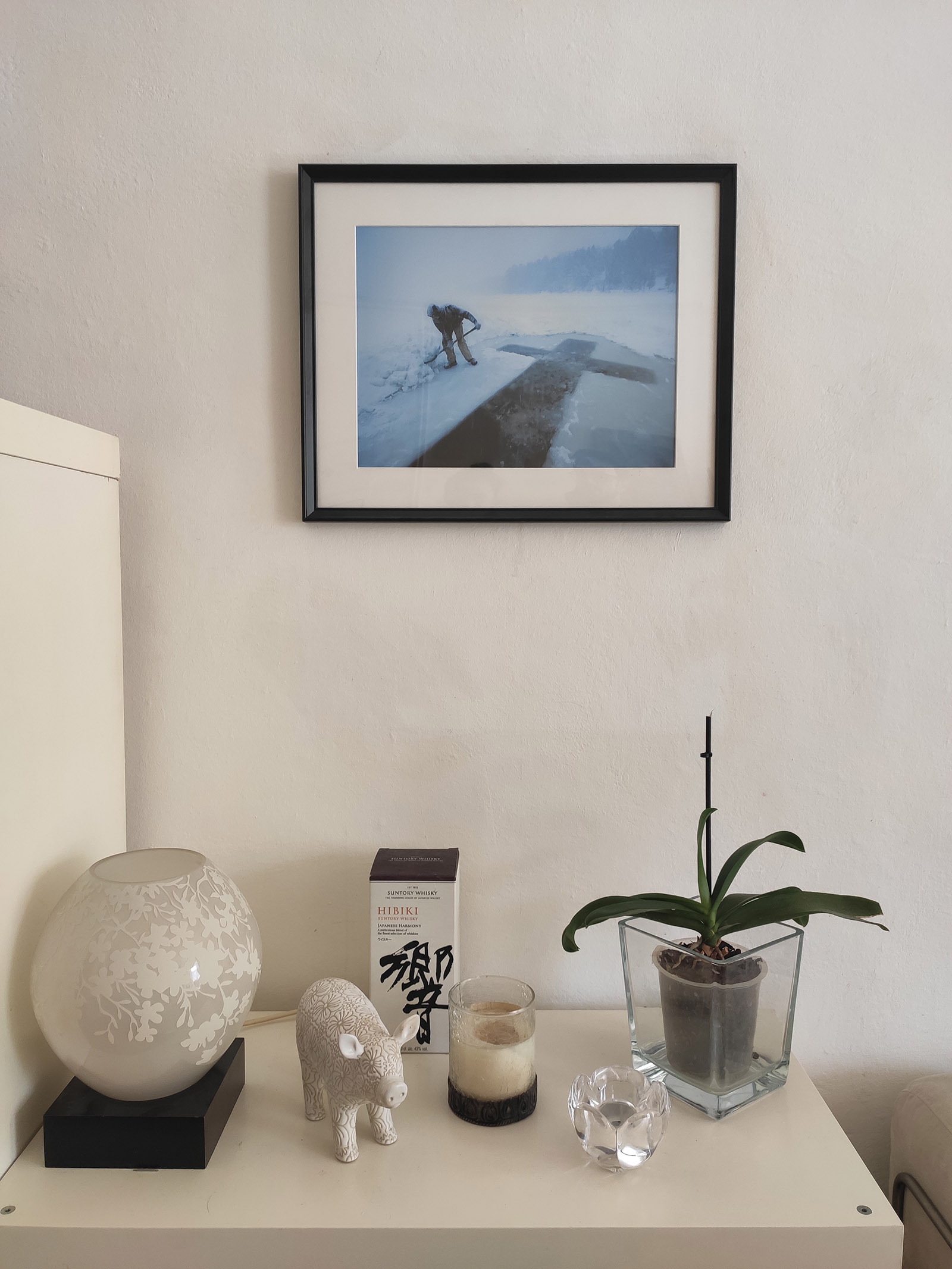 Our story with John, however, is of a much more personal nature and one unbeknownst to him. It all started with a road trip from New York city to Hoosick Falls in upstate NY. Along the way and almost by chance, we came across a beautiful little café in West Stockbridge named Shaker Dam Coffee House, which also happens to be Stanmeyer’s Gallery. Though John sadly was away, we did enjoy great conversation with Kim Hubbard, the curator of art and coffee at Shaker Dam, delicious coffee and left with one of John’s prints that now hangs proudly in our humble home.

An Instagram story of the photograph got us chatting; like I said, John is very active and will personally reply to you (if this leads to many more private messages, apologies in advance John ;), and a couple of messages and emails later brought us to an exciting workshop collaboration and this wonderful interview which we hope you enjoy!

Christelle Enquist: What does photography mean to you?

John Stanmeyer: Photography has significant meaning, however not in the act of doing photography. Its purpose and art resides in the possibilities of telling stories. Narratives that distill complexities that connect in meaning to all of us. Like music, cooking, even something utterly structured as ethically running a bank, photography is limitless. An unending creating that has no boundaries other than our own limiting of ideas and imagination.

John Stanmeyer: Get lost. In the process, find yourself and the reason we are here. 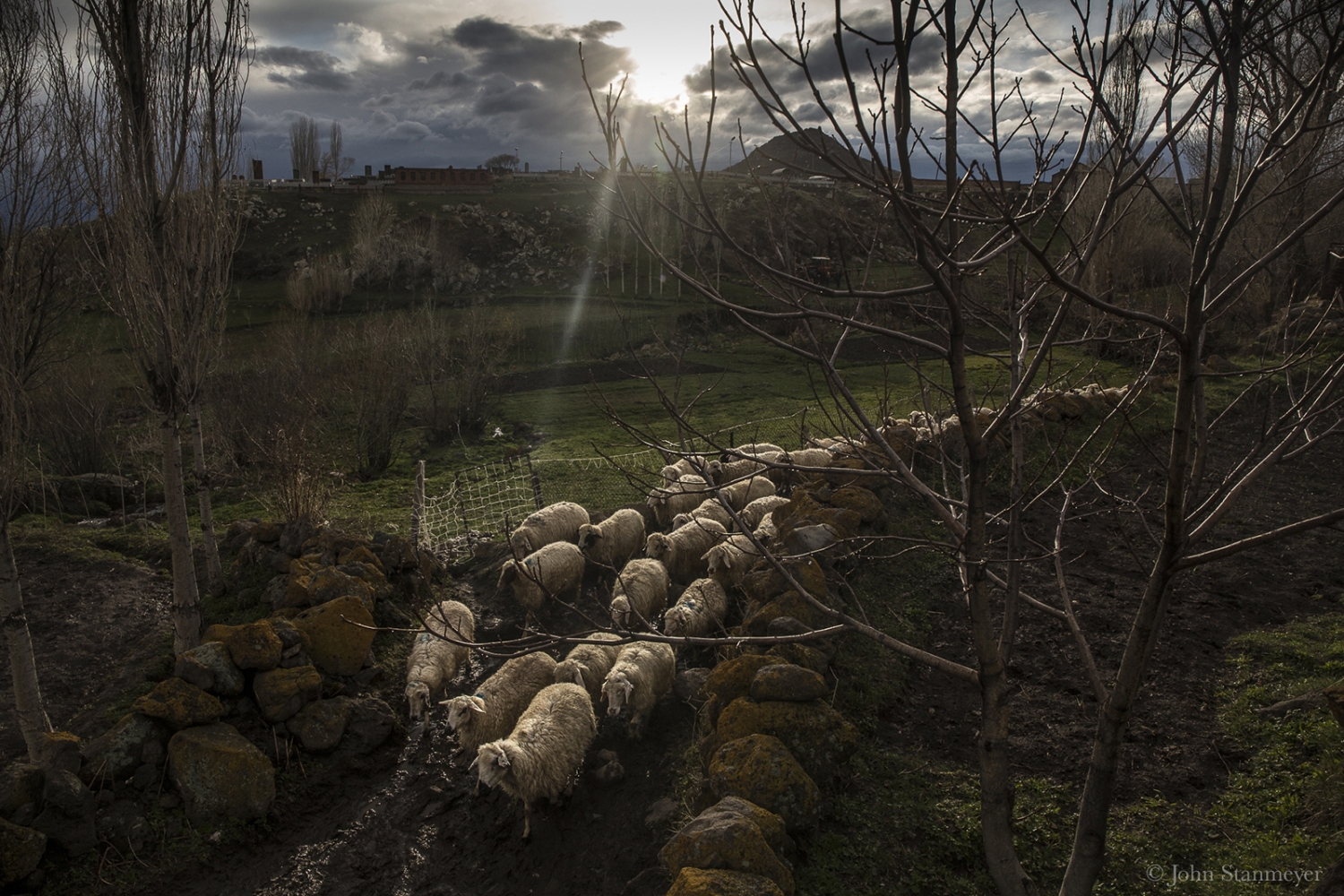 CE: For a brief moment (in the grand scale of things) you were a fashion photographer. Has this influenced or helped shape in any way the photographer you are today?

John Stanmeyer: No doubt my time in the fashion world of photography had and still does significantly affect and influence how I see. When seeking inspiration, I imagine the work of Peter Lindbergh, Helmut Newton, Paolo Roversi or Deborah Turbeville, well before, if not at all my contemporaries in photojournalism world…I never knew the work of Henri Cartier-Bresson or Robert Capa until years into the profession. When I did discover their photography, I thought, yes, they are doing their purpose.

CE: You were one of the founders of VII Agency: one of the most important photo agencies in the world. There must have been many memorable moments and anecdotes of its beginnings. Would you care to share any of them with our readers?

John Stanmeyer: There was much incredibleness taking place during that time. Actually, still is at VII! We were seven friends coming together to destabilise an industry that was becoming overly corporate and controlling on issues of copyright and usage rights. The creative and structural process of starting VII began more than a year before we ever went public on what we were doing. On the 9th of September 2001, we borne to the profession, VII, at the Visa pour l’Image photo festival in Perpignan, France. None of us ever knew that two days later the world would change and all of us would be documenting some of the most important global history of our time.

Oh, often I am asked, “how did you come up with the name, VII?”. While it wasn’t an epic priority in the process, we had been toiling with different names to call the photo agency. Over a phone conversation with friend and then founding member, James Nachtwey, he asked me how many of us were being a part of this collective with no name. I said, “seven”. Being both into numerology, Jim said, “then let’s call it, Seven”. It felt right…7 was both our favourite numbers and had numerous mystical connections – Seven Days a week, Seven Seas, Seven Summits, Seven Deadly Sins. Seven or 7 felt too simple. So, I turned the number into a Roman numeral and so the symbol was borne…VII. 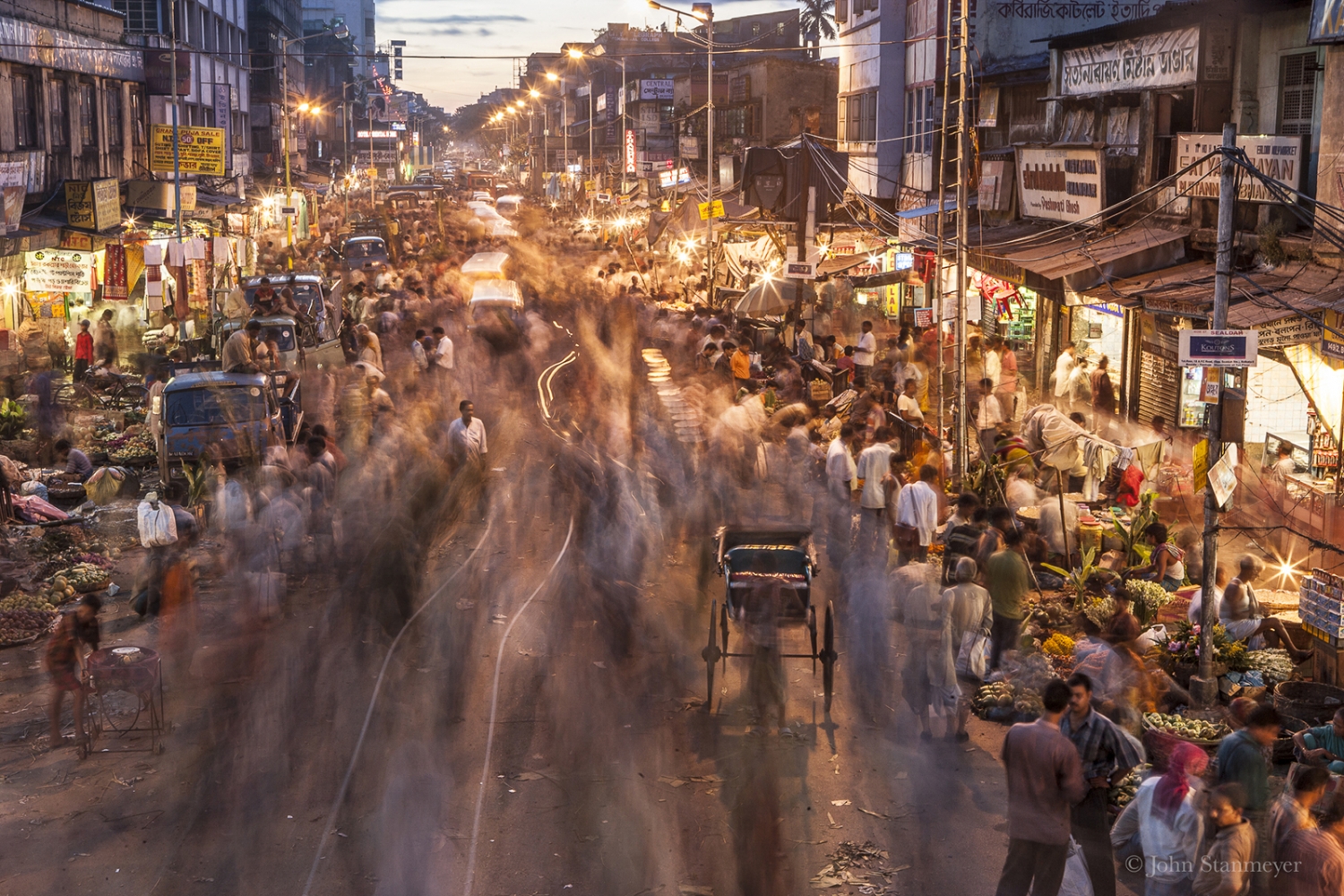 CE: Photography is about communicating and we believe that anyone (beginner, amateur or professional photographers) can promote change through their photography if it is done with passion and intent. Even if that change is only in one other person.

As a photographer that has dedicated your life to communicating and raising awareness of social and political issues through your photography, what are your views?

John Stanmeyer: Believe I touched on this in your first question. Everyone has unlimited possibilities not only to tell stories, we have the profound ability, as simple human beings, to cause thought and affect change. This incredible power has always been there, in all forms of art and life. Today it is even more expansive with the internet and social media, where we are the publisher, able to communicate directly to one or millions of fellow human beings. Sharing stories, ideas, theories of truth that connect and belong to all of us.

It is always said at any moment in history that we are living in important times. I believe today, especially at the global crossroads each of us are standing, we have the most profound ability to shape and guide our collective future for the betterment of all, using photography and all forms of communication to make monumental change. If we choose poorly, continuing in the decay and neglect of our earth and our humanity, we only have ourselves to blame.

CE: What is the best advice you have given?

John Stanmeyer: Ha! No clue. Look at the work I do, and if you feel something, then hopefully I gave you pieces of meaning.

CE: Who, outside of the photographic world, has inspired you the most and why?

John Stanmeyer: My mother. She told me stories of life and heaviness that deeply affect me today. After my mother and of course my father, it would be everyone I meet. We all have something important to give, learning from and through each other. No individual is greater than another. We are all the same. 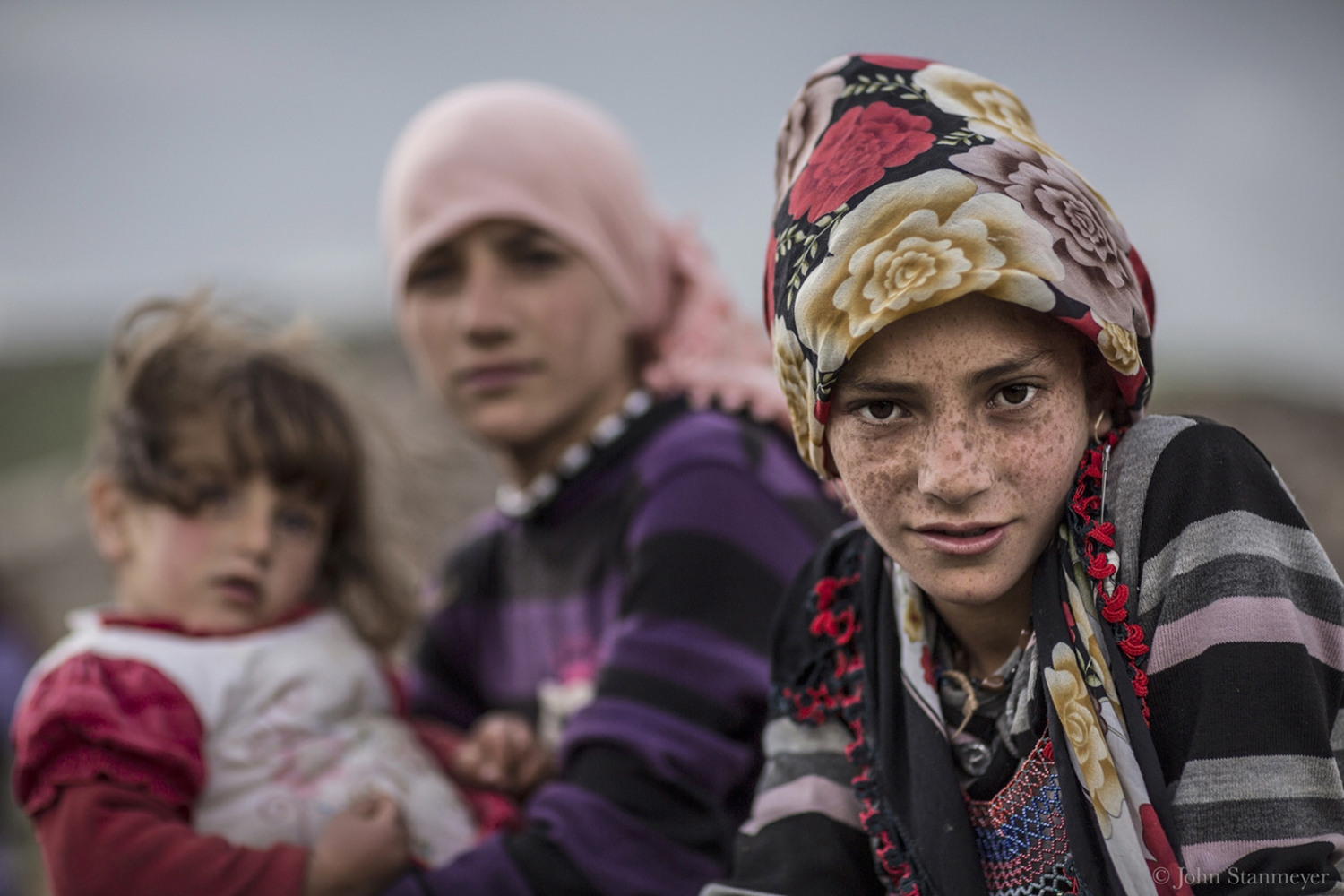 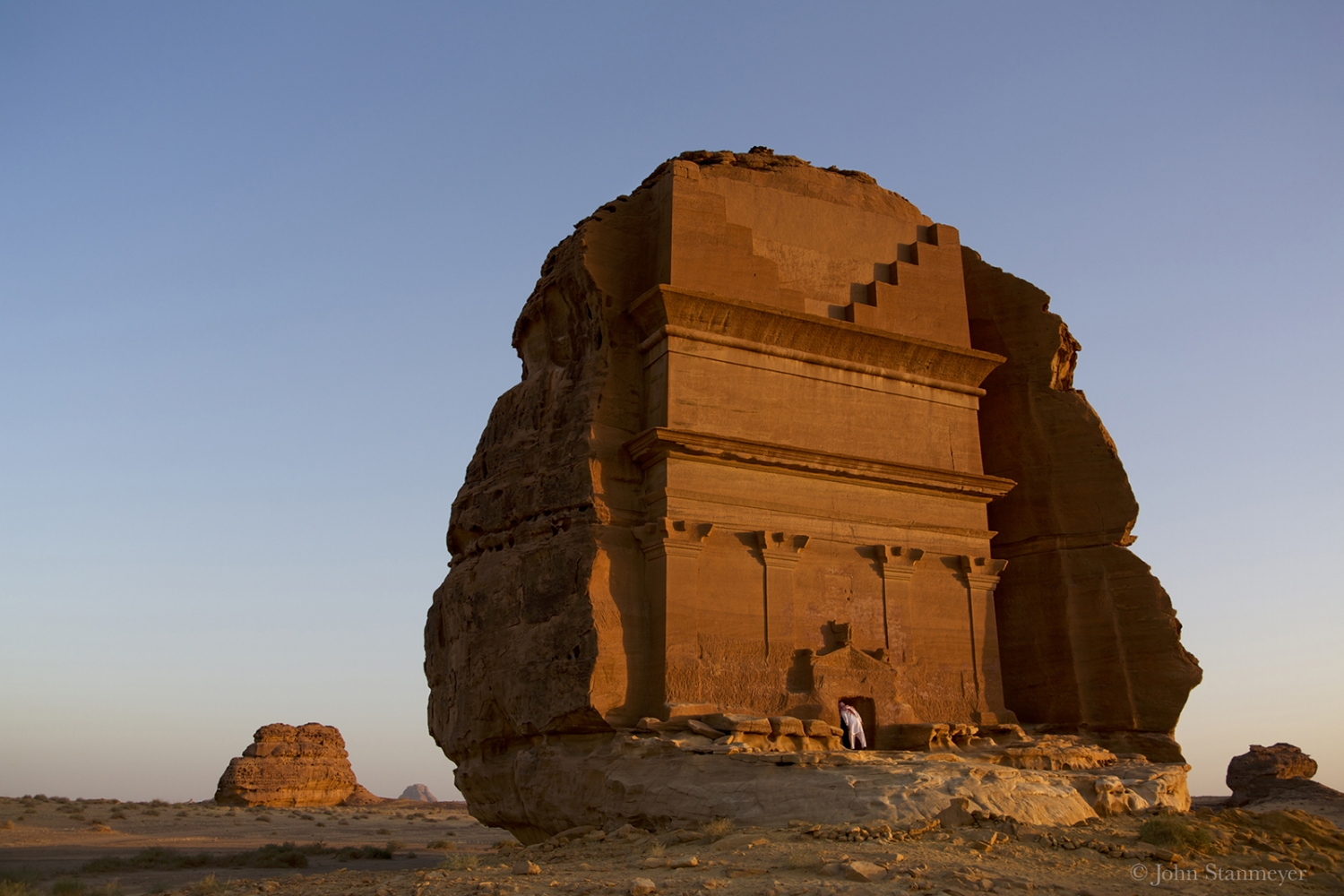 CE: Myth of Truth: When you travel you always bring along your own coffee (by the way, Cuba has great Coffee 😉 )

John Stanmeyer: Word. Always have a French press and freshly ground coffee with me. I own a coffeehouse/gallery in the Berkshires and partnered with our counties more human rights based coffee roaster, Counter Culture. But yes, in Cuba I will leave the travel press home, wallowing in the beauty of brilliant Cuban coffee. Cannot wait!

CE: There’s a quote (apparently) by you that has spread across the world wide web that says “If you’re not scared of your dreams, they aren’t big enough”. Is this accurate?

John Stanmeyer: Aaaah, ok, it appears I did say this. Seems too profound but yes, I likely shared this truth during one of many an interview and likely someone picked it out, kindly sharing.

So, let’s keep it because it is truth…as humans, often we are afraid to dream or to dream and not act or give to such thoughts. We can heal ourselves through thought, move mountains with kind, doing action. Dream great dreams. Even those which seem intangible. And if you are scared, that’s good, because what you conceive and believe, can be achieved. So, make them big, allowing fear to guide us…we need big ideas put into action more than ever.

CE: What question have you never been asked and would like to answer?

John Stanmeyer: All your questions above.

CE: And last but not least, what advice would you give to photographers starting out in documentary photography?

John Stanmeyer: Be kind. Balanced. Passionate and on fire. In the art of indisputable reality, the images we make are not about us. They don’t belong to us. Remove yourself, your ego, becoming one with the universe, the world and people around you. Finding the purpose and meaning you are here, in the act of feeling, breathing the enormity that is before all of us. Only then can you truly see.

A big thank you John, for your time and for this very interesting interview!

Dear readers, if you want to see more of John’s work, check out the links below”

Stay up to date with John though his social media:

Don’t miss out on the chance to take your storytelling skills to the next level with John Stanmeyer & Jorge Deldago-Ureña in Havana, Cuba! 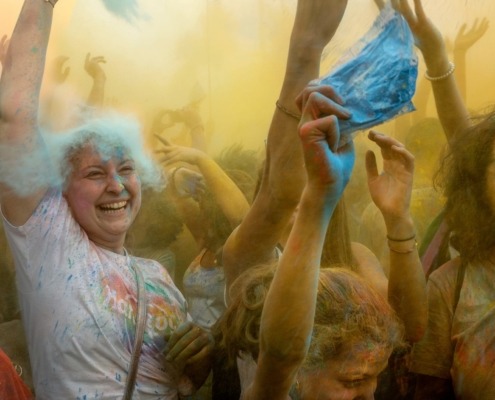 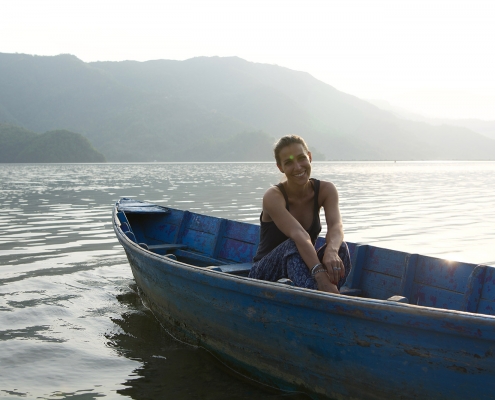 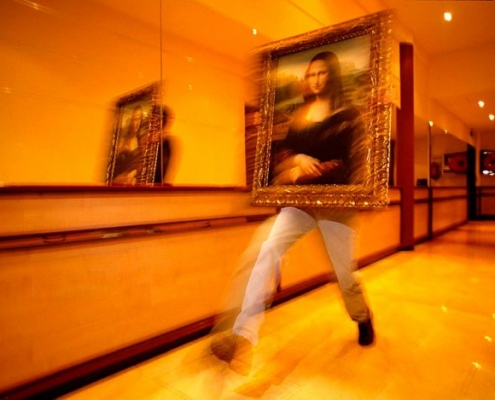 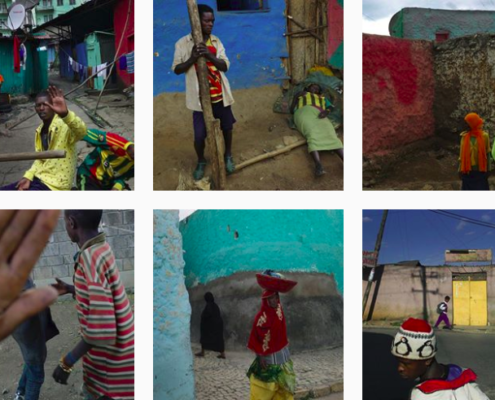 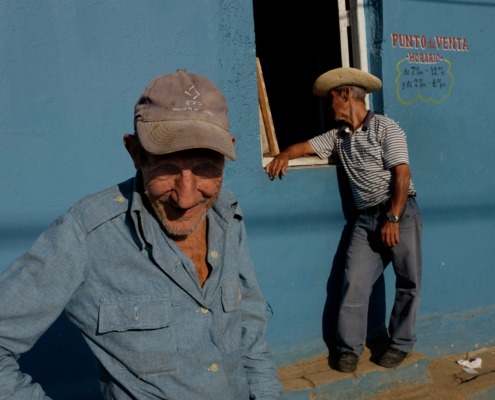 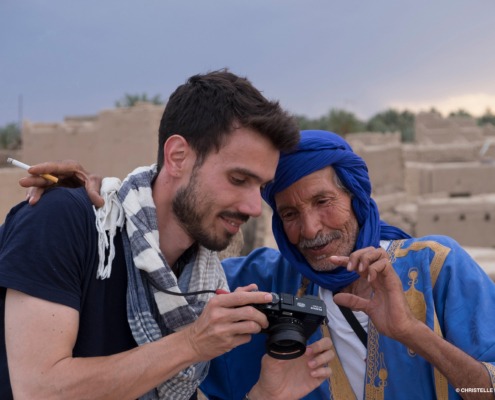 Want to join the discussion?
Feel free to contribute!

Subscribe to our newsletter to receive new posts by mail

A Photographer’s Guide to Holi Festival

Carlos Antonorsi Photo Essay: Cuba Inside Out
Scroll to top